Hey look, an actual blog post!
A few months ago, I decided that I really wanted to make some charms to sell at ECCC, charms of my shiba illustrations. My needs were simple – small wooden charms in 4 designs at a price that wouldn’t hurt too bad in case I wasn’t able to sell any.

Ordering
I learned that there weren’t a ton of options for charms, acrylic or wood, domestically, and the ones that existed were kind of expensive and also their production queues seemed a bit backed up. I decided to check out Zap! Creatives and they happened to be running a promotion on wooden charms at the time. They also offered 5 designs for an order of 100 charms at a better price point than their competitors. Thanks to the discount, they came out to be about the same price as domestic options despite the currency exchange even with shipping figured in (they are located in the UK and I’m in WA State) so I decided to go for it. Their website was well put together, information was readily available, and the ordering process was smooth. I ordered 100 1″ charms in 4 designs on the 3mm plywood. Shipping
There was an issue with shipping that Customer Support was able to resolve quickly. I selected the Airmail shipping option (2-6 week delivery) to save some money and placed my order. I got my shipping notice maybe a week or two later, and then a month passed and I hadn’t received anything so I emailed support. They asked me to wait til the end of the week to see if it had arrived by then and apologized for the shipping delay as something had changed on the delivery front while my order was in the works. The shipping window had changed to 6-12 weeks so Customer Support told me they would remake my order and consider the first order lost in the mail. They sent the reprinted order with 3 day shipping as it was under 2 weeks before the convention. I received my charms a few days after.

Unpacking
The charms were packaged in a poly mailer with each design packed into its own bubble wrap sleeve. Most of the charms still had their protective papers on so I took a bunch of time to peel those off. My hands smelt pleasantly like firewood afterwards and I found myself touching the charms often. The charms looked better than I was expecting and I was really happy to finally receive them after waiting so long. The charms had a good thickness for their size and the color of the wood looked really nice with the colors on my designs. I bought some charm lanyards online and some small jump rings at a nearby store so I could begin assembling my charms.

Lessons for next time
Make sure to have at least 6 months before placing any big expensive orders to leave room for shipping issues or anything else going wrong. I cut it a bit close to the wire because I wanted to keep tweaking things before submission. More wiggle room means less money spent on rush shipping.

Overall
Overall, ordering from Zap! Creatives was a good experience and I would do it again especially during one of their promo periods. Waiting for the shipping was the only negative thing and it was resolved quickly by Customer Support as soon as they were aware there was an issue. I think I might opt for the next level of shipping for peace of mind whenever I order next. I sold out of the tan one with the eyebrows, and sold many of the black tricolor charm so I’m thinking of restocking just those two.

I have some of the charms available for purchase in my Etsy store for anyone who’d like to pick one up. 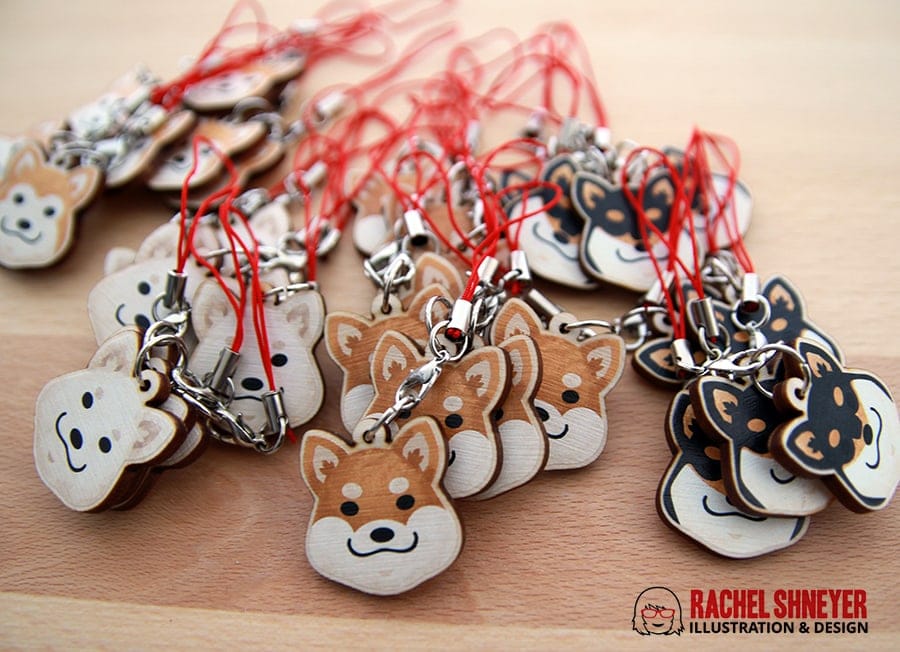