Went up to Vancouver for the weekend for VanCAF at the Yaletown Roundhouse and had a good time reconnecting with old friends and making new ones. It’s a very well organized event with a mix of big names and new talent, a ton of traffic, and a great location.

VanCAF was brimming with awesome talent this year, the crowds dense and the rooms dank. I picked up a ton of books and prints to take home.  This was my second time attending VanCAF and I hope to exhibit next year or at least visit again.

Here’s some pictures that I took on Sunday of my friends and their displays (some were starting to pack up). Seth!
http://www.sethrutledge.com/
Seth is a concept and vis-dev artist specializing in environment art. Seth is passionate about a lot of things, especially storytelling and working hard. He’s made incredible progress with his art since I met him in fall of 2009. 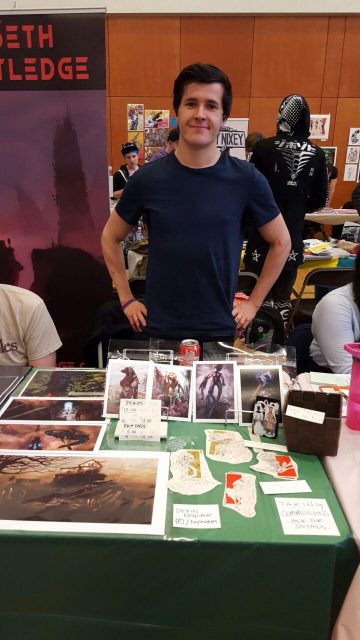 Devin!
http://devinrosychuk.com/
Devin is a freelance concept artist and character designer whose sketchbooks have been really impressive as of late. He draws neat monsters and renders well. Hard worker and all around cool guy.

Karla (and John)!
http://www.karlamonterrosa.com/
Karla is one of my favorite people and is really good at twitter. She doesn’t shy away from drawing bodily functions and her work is simultaneously cute and NSFW. Her zines are really great and you should check them out.

Arthur!
http://arthur-yt-chen.tumblr.com/
Arthur majored in animation but also has a strong background of graphic and web design. Creator of the webcomics Sailor MoonMoon and Kobe the Dobe. He enjoys making comics, painting animation backgrounds, and spending time with his dog Kobe. Colin!
http://www.unartifex.com/
Freelance illustrator and concept artist. Huge fan of the Metal Gear series. Colin has been hard at work on his graphic novel FOLKLORE since graduation. 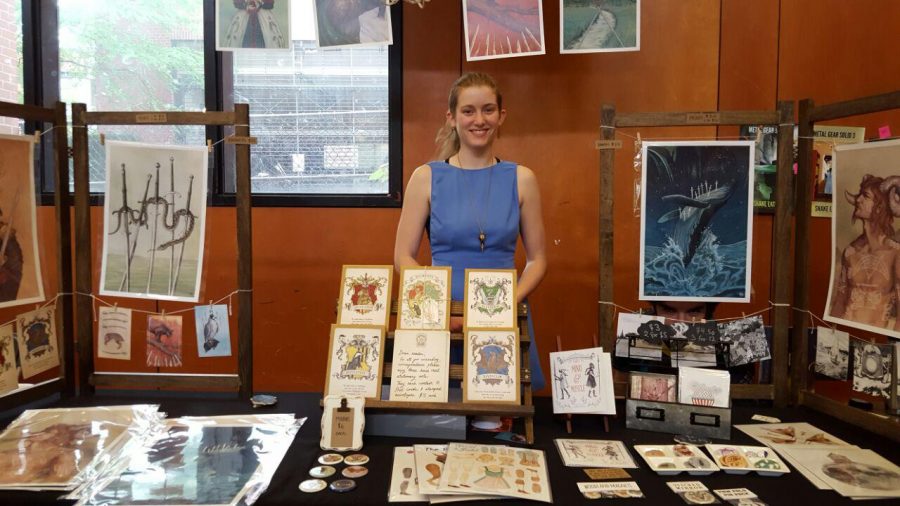 Euge!
http://eugelng.tumblr.com/
Creator of the Puglie media empire and all around awesome person. Puglie’s fame has spread rapidly since his inception. Euge is currently working at local music label Monstercat while balancing freelance design work and attending shows. 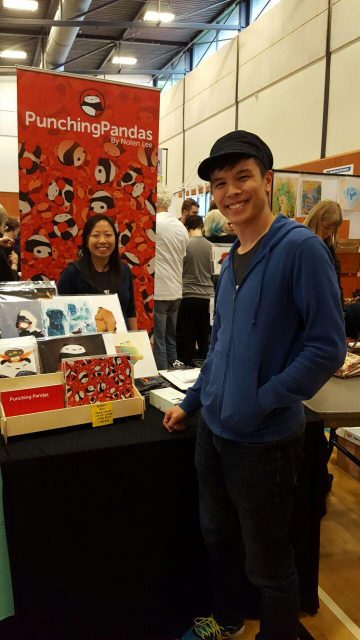 Nolen!
http://nolenlee.tumblr.com/
Another Seattle area artist, we met at VanCAF through a mutual. Nolen paints the best pandas. 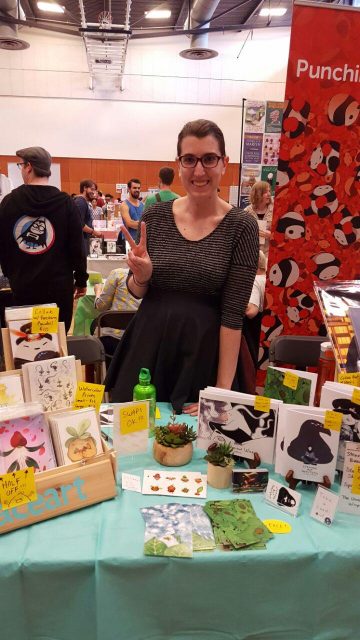 Stacy!
http://staceart.tumblr.com
Another Seattle area artist, tabled with Nolen. Had watercolor paintings of adorable plant sprites and some zines. Robin and Eden!
http://robincarpenter.tumblr.com/
http://edencooke.com/
Some good friends of mine from illustration. Both work as freelance illustrators, but Robin’s been working on videogames and boardgames. They had an impressively eclectic display. Robin’s character designs and Eden’s whimsical storybook illustrations are the best. 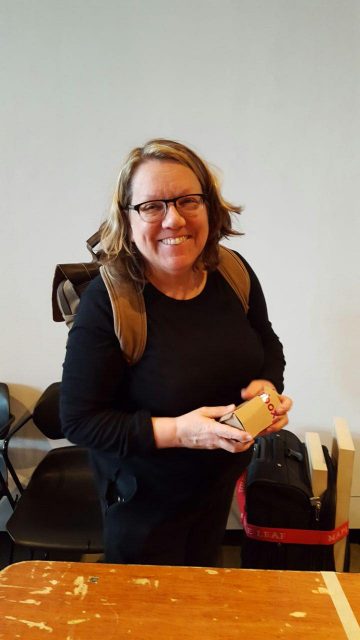 Joni!
https://jonitaylor.ca/
Another former classmate. Joni’s illustrations are quirky, unique, and humorous.
She enjoys making comics, coloring books, and children’s books with a focus on memories.

There were a few other people I meant to get pictures of but regrettably, I didn’t do any documentation until the last hour on Sunday.

BONUS: Below is a picture of my haul of books, zines, and prints all stacked up. 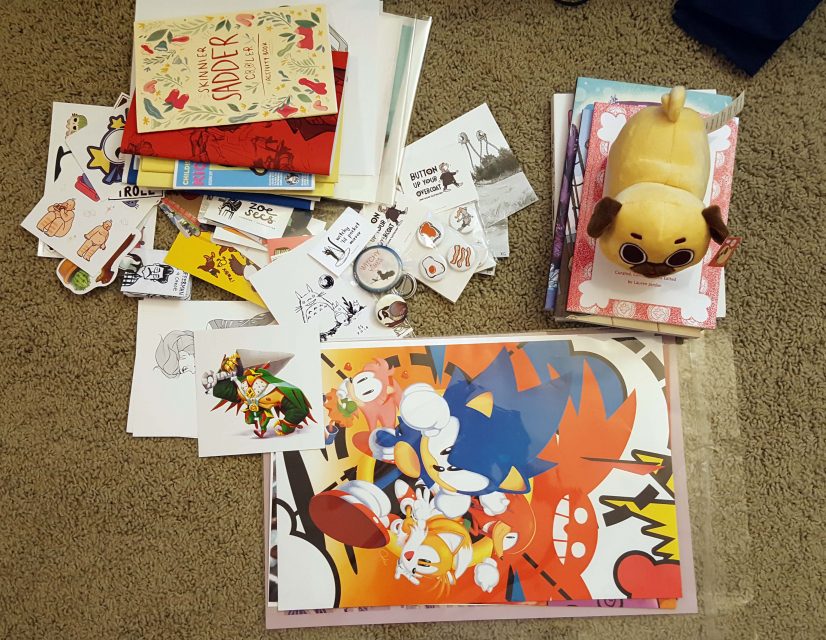